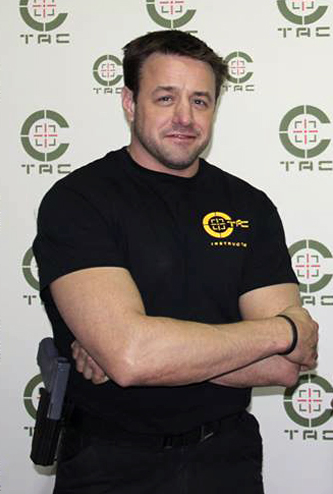 Sifu Alan Baker is an internationally recognized martial arts & self defense expert. He has been training continually in the Martial Arts since 1981 and teaching since 1990. In 1999 he was inducted into the WHFSC International Martial Arts Hall of Fame. In August of 2007 Mr. Baker was awarded the rank of 7th Degree Black Belt by the International Martial Arts Head founders Grandmasters Council. He has also been recognized for developing the Warriors Path Physical Fitness Program and is the founder of the Civilian Tactical Training Association.

In the tactical training field he has taught countermeasures and defensive tactics, firearm and edged weapon programs through his AMAC Tactical Training Group to fortune 50 corporate security teams and law enforcement / SWAT teams all around the United States from the Marietta SWAT team here in Georgia to the Cincinnati SWAT team just to name a few. He has the honor to work with and design training programs for various Department of Defense, CIA and specialized government and military groups.

Drop us a note

Thank you! Your submission has been received!
Oops! Something went wrong while submitting the form.