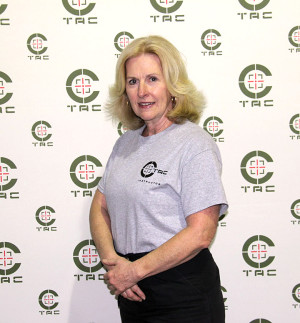 Sifu / Guro LaVonne Martin has been in martial arts for 34 years training with some of the top instructors around the world. She is one a handful of women to attain FULL INSTRUCTORSHIP in Jun Fan /Jeet Kune Do and the Filipino Martial Arts under Dan Inosanto, the late Bruce Lee protégé.

Her Current Credentials Include:

3rd Dan Shuri Ryu Karate 5th Dan Shintoyoshin Jiu Jitsu  2nd Dan Tae Kwon Do  Brown Belt Kempo Jiu Jutsu In 1997 she started Martin Seminars, Inc moved to Los Angeles to train under Guro / Sifu Inosanto full time. During that time she was Guro Inosanto’s personal assistant. Along with assisting at the academy she was his training partner in his personal privates with various instructors and periodically assisted on seminars. Martin Seminars scheduled seminars for Dan Inosanto, Francis Fong, Rigan Machado, Erik Paulson and Rita Suwanda. She has been exposed to and trained in many different types of arts through out her 7 years in Los Angeles and 34 years in the arts.

She has worked with law enforcement in various states and countries, hockey players and the military. In 2004 Sifu Martin started working with the ATF in their Escape and Evasion and Spontaneous Knife Defense courses, traveling to the Federal Law Enforcement Training Center in Georgia.

In 2004 the decision was made to return to Sarasota turning her focus to opening a school. 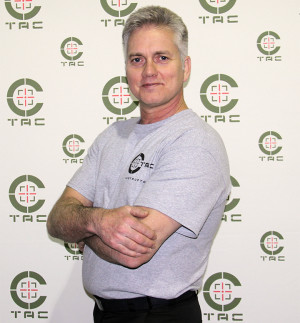 Self Defense Solutions of Cleveland 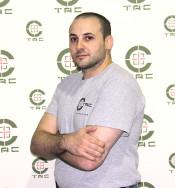 Chris Benfield currently holds rank as a black belt under Master Pedro Sauer who is a direct student of Grandmaster Helio Gracie, the founder of Gracie Brazilian Jiu-Jitsu. 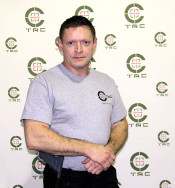 A Gracie Jiu-Jitsu black belt under Master Pedro Sauer and Coach under the legendary Erik Paulson, Chris continues on a daily basis to learn and improve his technical ability to better serve his students on meeting their personal and training goals.

Chris Mize, founder of Heroes Martial Arts Academy, is the most experienced reality based martial arts  instructors in Alabama. Having trained Law Enforcement and Military Special Operations while in the past functioning as a fighter, promoter, referee, coach and even fight medic/cut-man, he has seen and done it all. 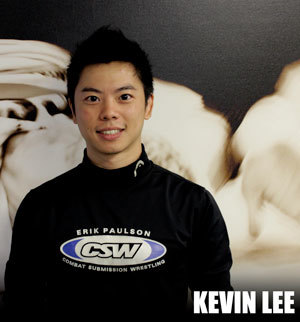 Kevin is an instructor in Wing Chun under Sifu Francis, and teaches adult Wing Chun and CSW classes as well as the JKD Juniors and Lil’ Dragons classes at FFMAA.

Kevin is an instructor in Wing Chun under Sifu Francis, and teaches adult Wing Chun and CSW classes as well as the JKD Juniors and Lil’ Dragons classes at FFMAA.

Began the training since 7 years old, Kevin started his first martial arts in WuShu and traditional Chinese KungFu in Taiwan. After couple years of training, he began his second martial art training path in Aikido when the family moved to a different town in Taiwan.

At the age of 13 he moved to United States with the Family and began studying TKD. He has achieved his belt under ITA and right after that he began his training under Sifu Francis Fong.

With the Passion of training Martial Arts, he has trained in numerous different system such as WingChun, JunFan, Kali, Muay Thai, Gracie Jiu-Jitsu, Silat, CSW and STX. 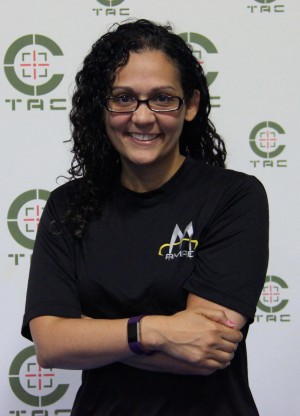 Iris is the Program Director and Office Manager of the Atlanta Martial Arts Center since 2006. She manages all daily operations at the school, including Social Media marketing/branding, Lead Generation, vendor relations and many other office/school functions. She also is an instructor in our Kids Gracie Jiu Jitsu program, our Youth Gracie Jiu jitsu program, Fitness Kickboxing program and she heads the women's     Brazilian Jiu-Jitsu program.

Steven Mosley, has over 37 years of law enforcement work experience.  He currently serves as the Director of Training for The Prepared Lifestyle and The Combat Hard Training Group, in addition, he has actively worked for the federal government over the past 21 years in a Supervisory Law Enforcement capacity. In his free time, Steven also serves as a volunteer EMT-B with the Centreville Volunteer Fire Department in Fairfax County, VA, is working on becoming a Fellow of the Academy of Wilderness Medicine and is training to be a full member of the Shenandoah Mountain Rescue Group. 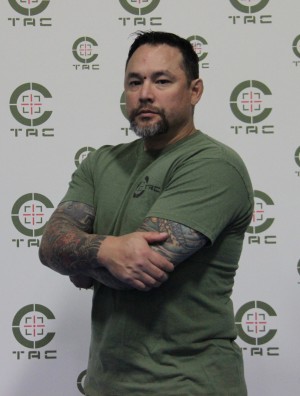 Dennis Rousseau began training in martial arts in 1981. In 1985 he attained the rank of First Dan Black  Belt in Tae Kwon Do in the Allen Steen lineage, and is recognized in the American Karate Black Belt    Association (A.K.B.B.A). He has been training in various martial arts styles since and holds a purple belt in Gracie Jiu Jitsu (Pedro Sauer Jiu Jitsu Association), and Orange Grade-Defence Labs (Defence Lab Association). Over the years he has developed/instructed numerous women’s self-defense classes and currently trains CTAC and ARES with AMAC Tactical under Sifu Alan Baker.

Mr. Rousseau is a former Army infantryman where he learned hand-to-hand combat, squad tactics, close quarter battle training, and multiple weapon platforms. He has deployed to Iraq and is an Operation Desert Storm Veteran.

Drop us a note

Thank you! Your submission has been received!
Oops! Something went wrong while submitting the form.